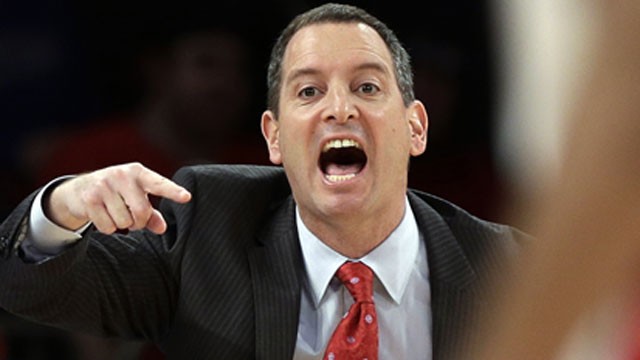 Rutgers University Basketball coach Mike Rice was fired yesterday after a video of him and his team practicing went viral.

Rice is known for his intense coaching, but it seems he  has allowed his intensity to turn into abuse. In the video that leaked, Rice is shown throwing basketballs at the players, yanking them by their uniforms, and calling them anti-gay slurs. The Athletic Director, Tim Pernetti, has suspended Rice in the past for his behavior. The question is why did he allow this to go on for so long, and is he next on the chopping block? Here’s the YouTube video. Although Spring may not be in full bloom, CCNY is helping students improve their spring and summer love affairs.

“Hold Me Tight,” a counseling group that aims to help students improve their relationships, is hosting a session tomorrow afternoon from 1 to 2 p.m. in NAC 5/148. The group welcomes, singles, couples, and swingers of all sexual preferences. The door will be open for all to attend, no sign up necessary. More Info.

The 1 is Fully Back! CCNY’s Staten Island students have something to be happy about today, the 1 train is fully back in service.

Another viral video released this week shocked NYC commuters. A mugger was seen brutally attacking a woman just to collect her purse and valuables. The attack was caught by surveillance camera, and the suspect was identified the next day. Why was his identity exposed so quickly? Because the mugger was wearing a hoodie with his Fraternity’s name on the front, and his nickname on the back. One of the viewers recognized the name, and immediately informed the authority’s.

More on the story

The City College of New York

My name is Aspasia Celia Tsampas, the Editor in Chief of The Campus, City College’s very own publication. I am proud to lead this historic news organization, serving the CCNY and Harlem community for over a century, and invite you to join in on our legacy by exploring the content we adore producing. So please, look to your left, and discover all of our thought provoking, well-written, challenging, and most of all, enjoyable articles for your viewing.